My Problem with Couples Therapists 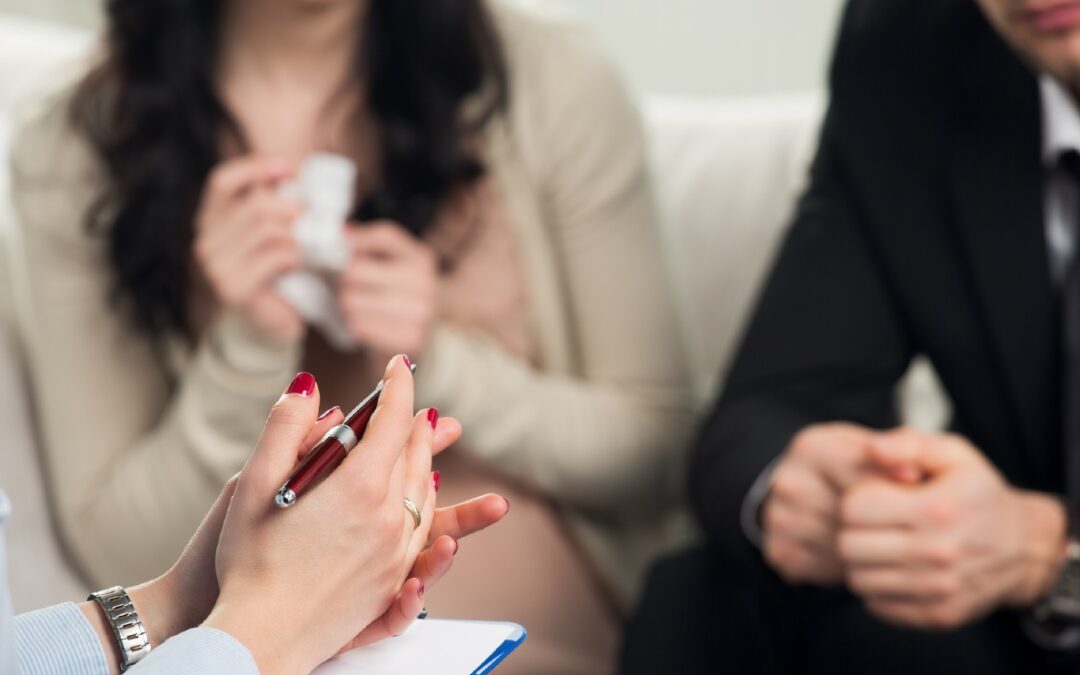 There have been times in my marriage where things were so tangled up that neither my husband nor myself could figure out how we could straighten things out. It wasn’t long into our first entanglement before we decided that we needed someone to mediate. At that time, that’s all we were going for, mediation. I didn’t think he was hearing me, and he thought I was saying way too much. Of course, communication was the problem that we thought we were going to address but it turned out there was much more to our story. We say this therapist for about 8 months. I don’t recall much about our experience except that everything happened in the office; just processed what happened between visits. We stopped going because it seemed like we were getting our needs met more by some of the other things we are engaged in to enrich our marriage.

That first experience didn’t dissuade us from seeking couples therapy again when this time my husband and I disagreed on some of his behavior. This time I really wanted to have someone else be my voice so that my husband can hear what I was saying. I secretly had some hesitation because I thought “what if the therapist thinks he’s right?”. Of course, that’s not the reason you’re supposed to seek a therapist but deep down I knew that the issue was more than just my issue with his behavior. This therapist, in my opinion, did a better job than the first in that she went deeper than the surface issue, gave us homework, and challenged both of our thinking and actions. After a few months I guess she felt confident that we could continue the good work that she began, and she released us to fly solo (together). Naturally, she left the door open for us to return if we felt the need. We never returned to see her again.

The third time, some years later, we found ourselves in need of a couple’s therapist and we looked for yet different one. This time we were sure we hit pay dirt. This woman was a great communicator, she had odd office hours, and she was no-nonsense. She didn’t let us get away with anything. She pushed both of us to the wall and then helped us to unpack it all. She read my face when I was talking and when I was just listening. She was attentive to our posture and the tone of our voices. She also gave us homework and she checked it too! This therapist moved the needle for us, and eventually, she said to us “is there anything else you think we should discuss because if not, you can just do a check-in every six months”. She dismissed us because she said we were “good” and we were, but I still have a problem with Couples Therapists.

It is often said that black people don’t like to go to therapy. While I am not here to debate this as true or not, I would like to share a couple of reasons to support this statement. A study based on this statement conducted by Awosan, Sandberg & Hall, 2011, highlighted two obstacles to therapy. These were: lack of cultural understanding and stigma about going to therapy. Neither of these prevented my husband and me from seeking help not once but three times. Although our first two experiences were with white therapist, our third was with a black female and the difference in approach was very noticeable. The stigma of being in therapy didn’t even cross our minds because we were on a mission to make things better. My point is this, when you get both people in an intimate relationship to agree to seek therapy or counseling, no matter the race, it’s important to make every visit count.

This leads me to my problem with couples’ therapists. Not one of the three that we saw or the countless others that I know of have ever referred a couple to ongoing maintenance. That would include joining a MEG (Marriage Enrichment Group), attending retreats, workshops, or other marriage enhancing activity. None of these couples ever left with a list of resources that would assist them in using the tools they acquired through their sessions or give them a support group to help them through any small rough patch. Maintenance is important in marriage. Even the best marriages can use some support or just as important, be a support to others. Marriage enrichment groups, retreats, trainings, boot camp, and more have been a marriage saver for us and I know by the attendance, that we are not alone. It’s so very easy to fall back into old habits and having some accountability is priceless and valuable. Friendships that are made in some of these groups can last a lifetime.

Finally, if you are a couple’s therapist or have been to a couple’s therapist that has shared resources for extended marriage enhancement, then I applaud you. If you are a couple’s therapist who has not, then I encourage you to go the extra mile and share some resources with your couples. There are some very good ones out there and if the goal is to really NOT see them back in your office, then give them the extra help that might be needed in the future. I would also suggest that you vet the resources before you share them. I would also like to add that some of these resources are a good prerequisite to therapy. They can uncover some things that will never be healed in a workshop or retreat.

A partnership between marriage enrichment opportunities and couples therapy can be a match made in heaven and floating among the clouds are happy marriages. After all, the goals are the same …right?

I would love to continue the conversation about therapy and other resources. Please drop me a line at info@TriTeamUnlimited.com. I look forward to chatting with you.